RAVE operates as well as franchises under the Pizza Inn and Pie Five trademarks in the United States and internationally. Their locations include pizza buffet, delivery/carry-out (delco), and express restaurants.
They currently have 128 domestic and 31 international Pizza Inn locations. They have 31 domestic Pie Five locations.

The COVID-19 pandemic really hurt this company. It closed many locations in 2020 due to the much reduced demand for its buffet-style offerings. Pie Five had been struggling for a while pre-COVID.
In October of 2019 the company brought in Brandon Solano, formerly of Pei Wei Asian Kitchen. At Pei Wei, Solano had increased traffic and publicity through some creative PR initiatives.

So Far, So Good

The turnaround at Rave seems to be going well. Part of the reason is simply because the worst of the pandemic seems to be over and people are eager to get back to their old habits. And going out for pizza definitely has to be near the top of anyone's list!
Seriously though, the company seems to have stopped the bleeding and they are headed in the right direction. 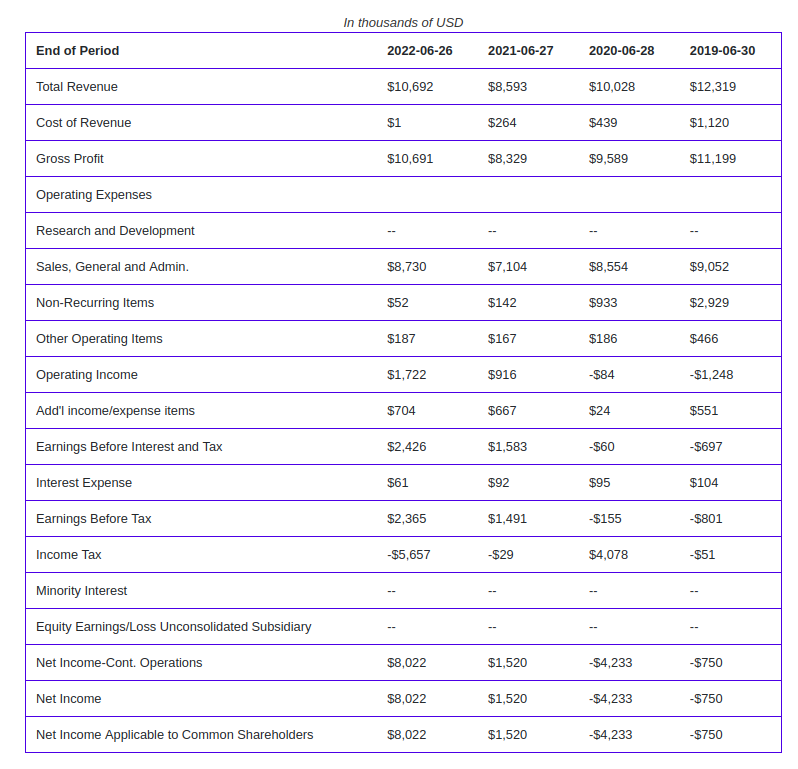 The balance sheet looks like it's headed in the right direction as well. They reduced their debt by $1.8M, and they repurchased stock during their fiscal fourth quarter. With a current ratio of about 3.5 vs 2.3 a year ago, they are looking much more healthy financially.

The 10-year weekly chart of RAVE looks like a proverbial ski slope. They changed their name from Pizza Inn to Rave Restaurants back in January of 2015. Maybe investors hated the name change? All kidding aside, this long-term chart is the stuff of a short seller's dream. 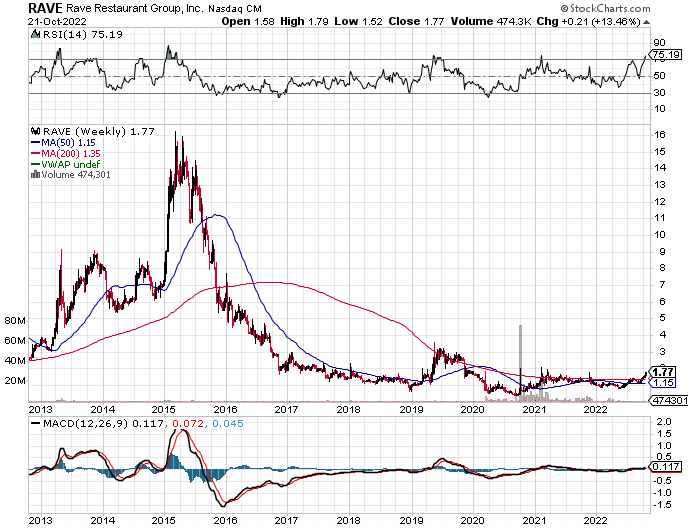 Back in 2013 and 2014 when the stock was valued much higher, the company's sales were much higher as well as one would expect.

That gives us an idea of the kind of numbers RAVE will need to post in order to get back to their high(er) flying days. They seem to be on the right track, and this company may well be worthy of a small speculative position.

With a current PE ratio of about 4, the market seems to have overlooked this small turnaround story. The restaurant/dining category on average has a much higher PE ratio (around 30 at the start of this year and closer to 20 now).
I wouldn't be surprised to see this stock break 3 in the next few months as it executes on its turnaround plan. 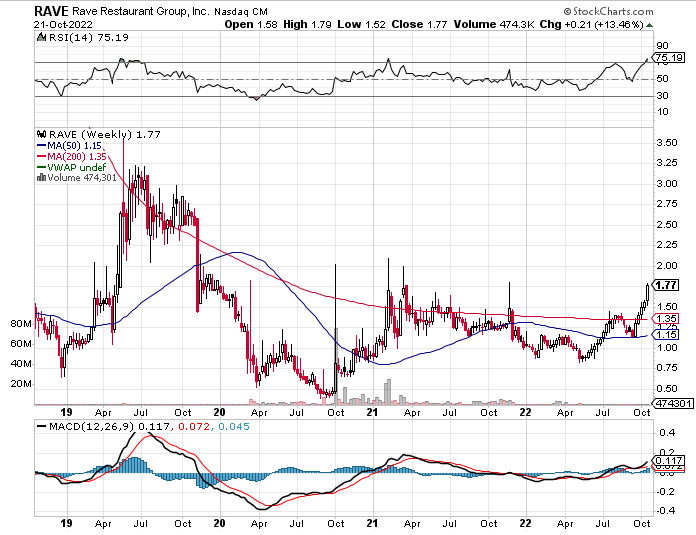 The pre-COVID days of 2019 in terms of their stock price don't seem so far away now.

I recently found this stock using the unusual short sales transaction tool. It's interesting because of how many times it's appeared there in recent weeks. It appeared on 9/21, 9/23, 10/4, 10/18, and 10/20 as the stock has continued to climb.

This is the kind of behavior we want to see. Shorts seem to be trying to control the stock by repeatedly shorting it, but the stock keeps going up. 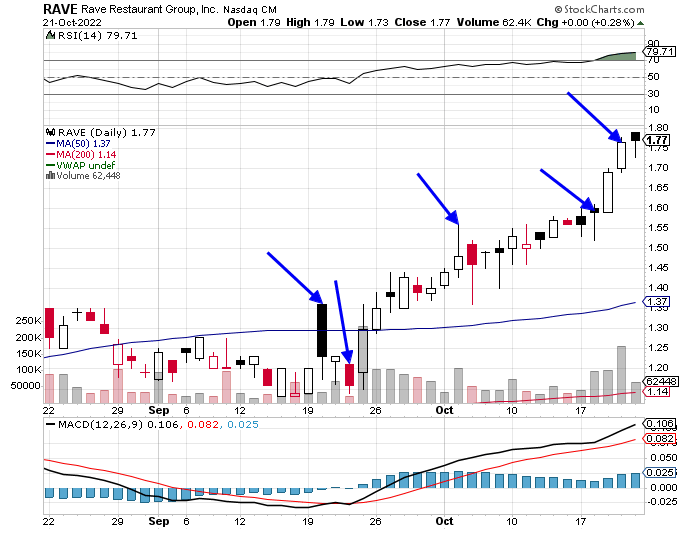 Keep an eye on RAVE in the coming weeks and months as it could be a multi-bagger in the making.