They are a medical device company. They develop, manufacture, and market lasers for use in the treatment of vascular immune-mediated inflammatory diseases.
They mostly just lose money over time though. A quick glance at their statements of operations since 2019 shows massive operating expenses and very low sales. This one is highly speculative.
Their chart looks more like a ski slope than a stock chart. Yes, that's a high of $27,500 in 2018. Volume was essentially non-existent then, but still. 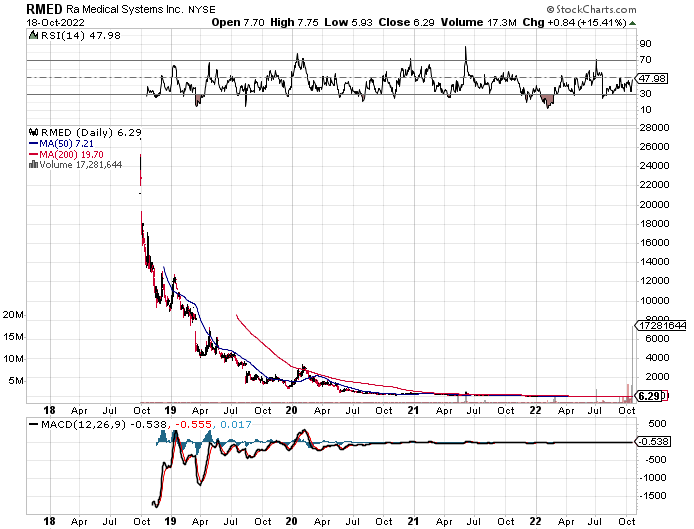 It's an ultra-low floater, and will undoubtedly experience some strong up moves from time to time (like today). But I will put my money elsewhere, thank you very much.

This company has been trying to get FDA approval for intravenous Tramadol, which is a synthetic dual-acting opioid, and in Phase III clinical trials for the treatment of post-operative acute pain. They are another pre-revenue company, and they have been going back and forth with the FDA as part of the review process. In February of this year the FDA voted 14-8 indicating that they believed the company had submitted inadequate "information to support the position that the benefits of their product outweigh the risks for the management of acute pain severe enough to require an opioid analgesic in an inpatient setting." The stock tanked on that announcement as one would expect. It has since recovered and then tanked again as a result of the back and forth with the FDA. The company continues losing money. In September they did a 1:15 reverse stock split, and then last week they raised money again, a $12 Million Underwritten Public Offering.

The chart is reflective of the company's history: disappointment. Yes, there's a chance Tramadol gets approved and they end up being successful, but I'm definitely not willing to take a chance on them. Not many people are willing apparently.

Everyone know this company. As a meme stock, they've been foremost on investors' minds for a long time. Everyone wants to know if and when there will be another short squeeze in AMC.
I'm actually more confident in this name than the previous two mentioned here.
Notice the bullish divergence on this weekly chart below. Bullish divergence occurs when price makes a lower low, but key indicators like RSI and MACD make higher lows. These kinds of patterns can be indicative of an impending up move. I used a log scale on the chart below to better show the recent price action. 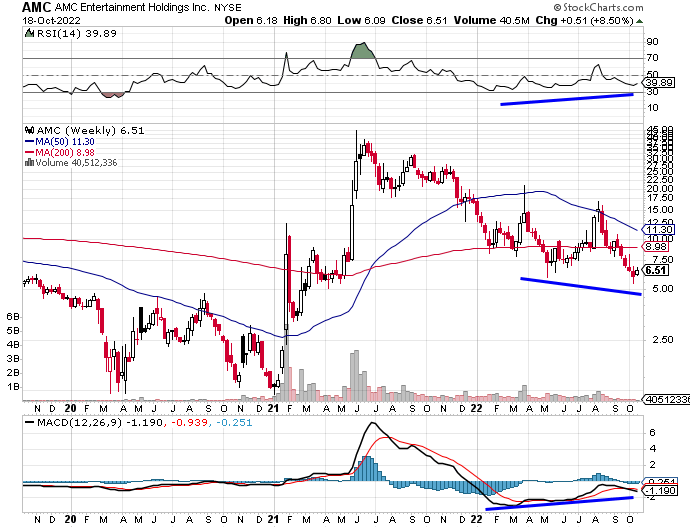 Headquartered in Hong Kong, they are a premium lockset manufacturer. They began trading on The Nasdaq Capital Market on July 13, 2022.
They have a history of losing money. Checking their Form F1 Registration Statement (amended 10 times) with the SEC, it looks to me like their general and administrative expenses are consistently too high. This information is for years ended 2020 and 2021, so maybe they have gotten their act together since.
Anyway, highly speculative. I think there will be opportunities for some quick scalps (in and out trades), but I certainly wouldn't bet the farm on them.
Short sellers have been active in this name (and for good reason, in my opinion). This company is not particularly exciting. However, the shorts leave a trail behind them as they go. Unusual short sale activity happened on the days pointed at with arrows in the chart below. If you bought at the open on the following day for each of those three days, you'd have witnessed a greater than 300% move in two week's time. You'd have to use a trailing stop to protect your gains. 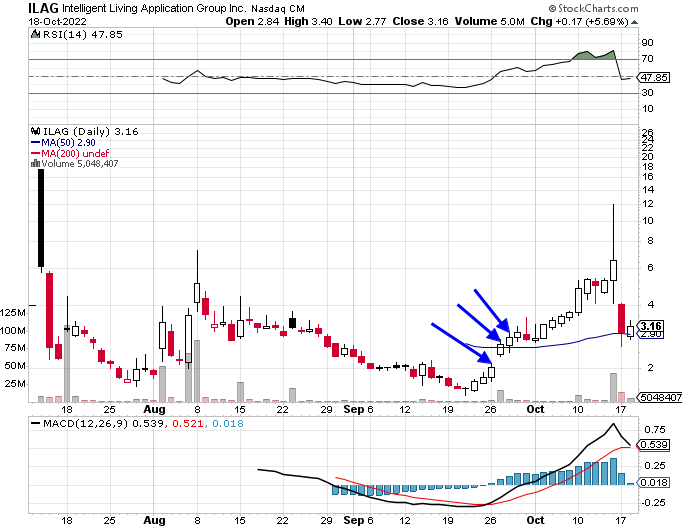 This was a high-flying stock a few years ago when marijuana stocks were all the rage. There has been some speculation recently that there will be Federal marijuana legalization in the United States. As the speculation ebbs and flows so will stocks like TLRY.
Now I'm not willing to speculate on whether the US legalizes pot, but if they do, watch out. This stock has flown high, and I wouldn't be surprised if it did it again. Its all-time low was at $2.43 in March 2020 at the depths of the COVID crisis. It's nearly there again. Is the company in such dire straits now? I don't know, but I kind of doubt it.
Their weekly chart below (log scale) also shows bullish divergence. It looks like opportunity to me for people willing to make a speculative bet. 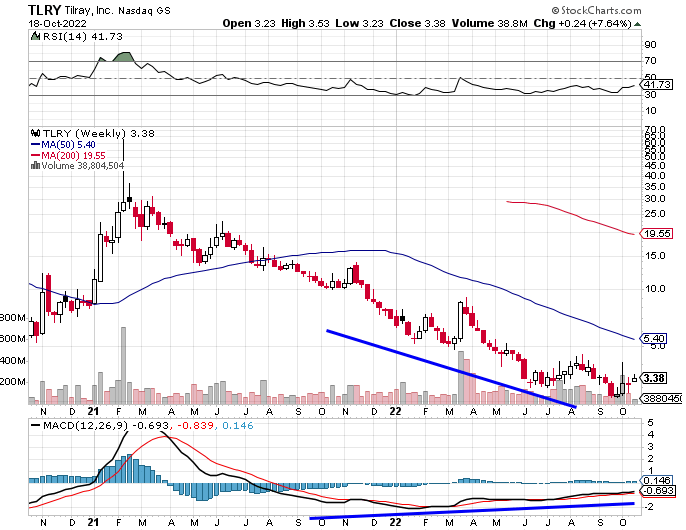