Given that the Federal Reserve seems intent on pressuring the stock market for the foreseeable future, I thought it would be appropriate to discuss some short selling strategies. Keep in mind that short selling is risky... blah blah blah. Anyway, let\'s get to it.

One of the best ways to identify opportunity is to see what the big money is doing. They can\'t help but leave evidence of their moves in the form of volume. When they get in and out of trades they leave lots of clues lying around. It\'s our job to find those clues and profit from them.

While there are many places to look for evidence of a large bet someone has made, one place in particular is very helpful. Looking at big changes in short sale transactions is a timely way of finding those big bets. Just because you see a spike in short sales volume, it doesn\'t necessarily mean that they\'re betting the stock goes down. You need to drill deeper and look at the character of that volume.

Rail Vision is a good example of how this strategy can work. It had an unusual spike in short selling volume on October 7th (see chart below). The character of that volume was important since most of it happened in the first half of the trading day.

There were no press releases or SEC filings on that day to explain the jump in price, but the important thing is to note that some short seller stepped in that morning and sold the stock down aggressively at an average price of $0.7365. This information is compiled and analyzed every day after the close so you could act on it at the next open. On October 10th the stock opened at $0.60 where you could have placed a trade to sell it short. It hit a low a few days later at $0.40, a cool 33% gain, before settling out in the mid-40 cent range. Granted, the trading volume has been low, and the fee and rebate rates are punitive. This kind of trade must be a quick one to take advantage of the stock\'s weakness while minimizing the cost to borrow it. 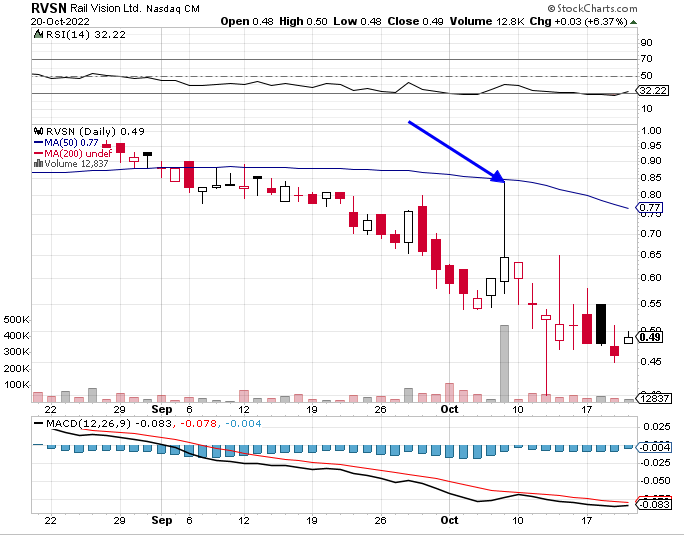 Hallmark Financial Services is another good example. The short sellers have been pretty active in this one logging unusual volume activity on 9/22, 10/3, and 10/7. Let\'s take a look at the character of the short selling activity for 10/7.

Notice how the vast majority of the short selling happened in the morning as they ruthlessly sold this stock down after the initial spike. It was about 5:1 for AM vs PM volume, and with the MM ratio so low, you could see that it was bona fide short selling.
It was all evidenced on the chart below with a huge upper shadow on the candle for 10/7. You would have been able to act on this information at the earliest on the following day at the open, of course. On 9/23 it opened at $1.04; 10/4 at $1.38; and 10/10 at $1.14. Average those three together and you\'d have a cost basis at about $1.18. Within the last couple of weeks the stock has traded as low as $0.95. Notice also that the fee and rebate rates are quite low in this name. This one is definitely not hard to borrow. 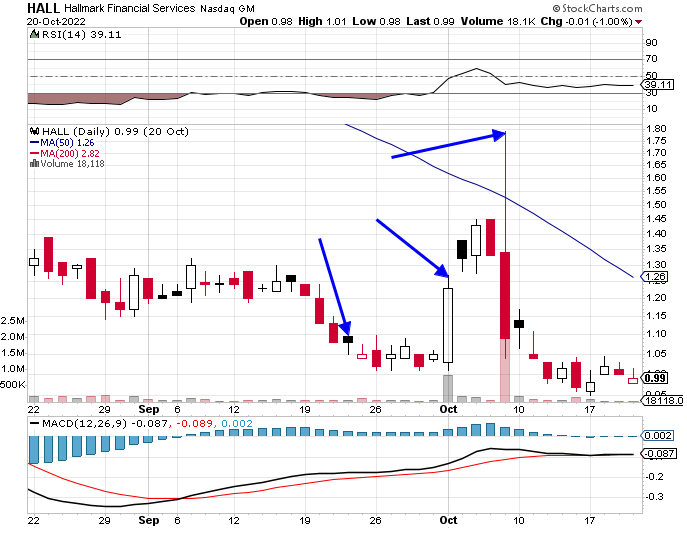 These are just a couple of examples of how to use short sale transaction information to inform your trades. Short sellers like to operate in the shadows, but tools like these help to flush them out.