Every business day the exchanges publish a list of stocks that are short sale restricted. That means they have to be shorted on an uptick, but they can still be shorted. Sometimes people get confused and think that a stock can't be shorted because it's on this list, but that's not true. It just makes it more difficult.
The whole point of the short sale restriction is to prevent shorts from piling on and driving a stock into the ground.
A short sale restriction is placed on any stock as soon as it's down 10% intraday and is in effect for the rest of that trading day as well as the following trading day. The list on Shortable Stocks shows stocks that were down at least 10% on the previous trading day. The following is an example of a stock that has been affected by this trading rule.

Tricida released bad news on 10/24 before the market opened. The stock tanked on the news. Really ugly.
As can be seen on the chart below it fell more than the required 10% intraday to trigger the short sale restriction. So, for the rest of the day on 10/24, and then on the following day it was restricted.
But if you look carefully at a chart (not this one as it's too difficult to tell), you can see that it fell more than 10% on every single day last week. It has been short sale restricted every day since the bad news hit, and, in fact, it's on there again today as I write this. 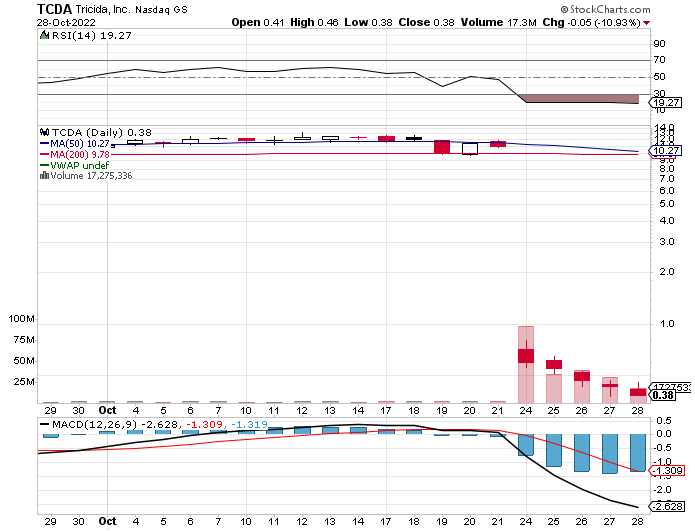 However, in this image below you can clearly see that there have been shares available to borrow all week. In fact, the ebb and flow of the short shares availability indicate that shorting is happening even as the stock has remained on the SSR list. 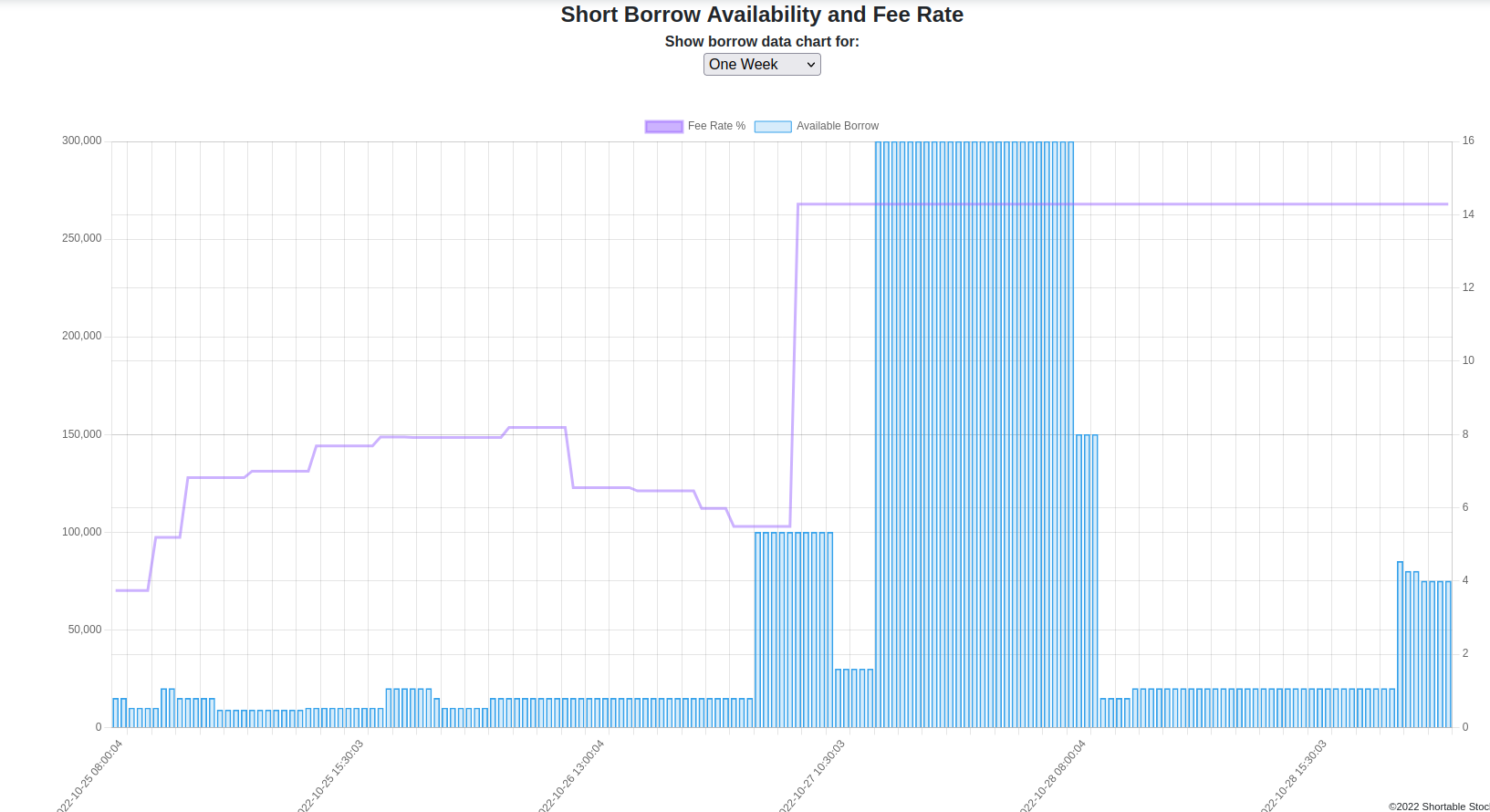 Another thing to take from the information above is the change in fee rate and its corresponding rebate rate. The fee rate is the annual percentage rate that shorts must pay in order to borrow stock. The chart above plots this rate as the lavender line.
On October 25th the fee rate was 3.74% and the rebate rate was -0.67%. Those rates are pretty low. As the news disseminated these rates changed pretty quickly. By the end of last week these rates had spiked to 14.29% and -11.22% respectively, which is where they are at the moment. These are punitive rates, and they make short positions relatively expensive to hold.

The point of all this is to show how being on the SSR list does not prevent a stock from being shorted. It can slow the shorting down, and this is arguably the purpose, but it doesn't stop it. In no way is this article an endorsement of the company, Tricida, or its stock. I just used it as an illustration of the dynamics of the short sale restriction list.


Become a Contributor
This article was written by: Anonymous