Yet another meme stock, AMTD Digital Inc. (HKD) is an interesting story. It debuted on the NYSE in July of 2022 at $13/share. By trading as high as $2555.30 within about two weeks it gained a quick following.
Just look at this chart. It is a wonder to behold. 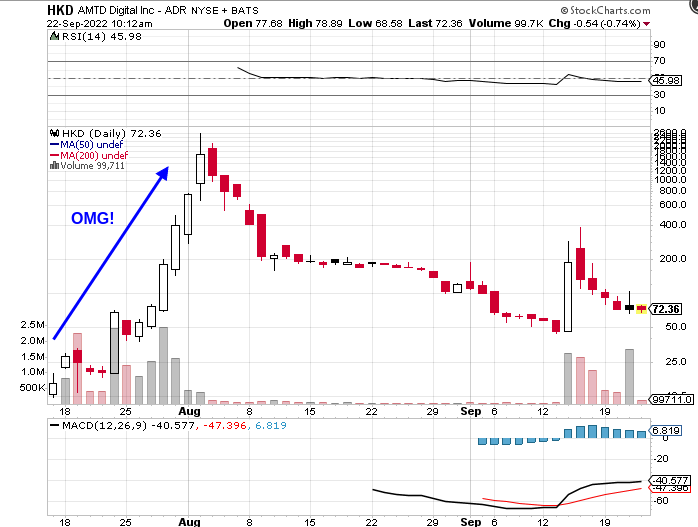 As this type of move happens it attracts both long and short investors. A move too far too fast (and this certainly qualifies) will get the attention of savvy short sellers.
The following charts will tell the story.
First, we have the fails to deliver chart since their IPO. 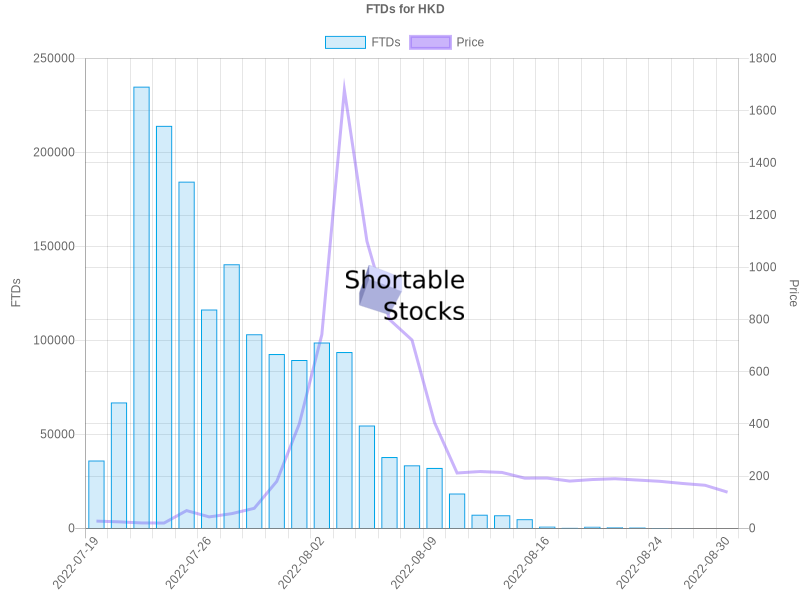 Notice the dates on the chart. As the stock price was rising in late July the FTDs rose along with it. But something interesting happened in there. The fails to deliver peaked on July 20, and the stock price settled down for a few days (indicating that the shorts had everything under control), but then on July 22 all hell broke loose. The FTDs did NOT follow suit as the stock took off. This is an indication that the shorts had lost control. Now, of course, since the data are released with a lag this is unknowable in the moment as discussed previously. The information that was used to produce the chart above was not available to the public until mid-August. By that time the price spike was over. So how can you get more timely information about this type of dynamic? 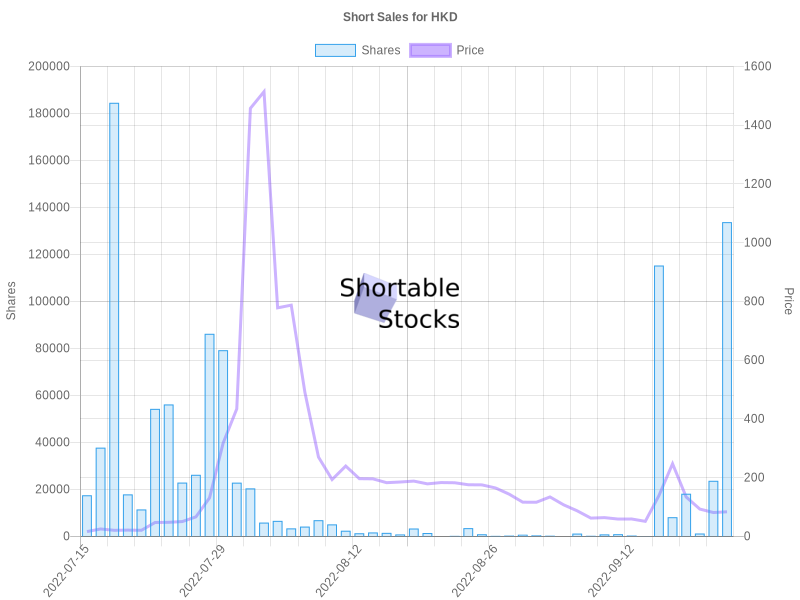 Shortable Stocks gets short sale transaction data every market day. There was a huge spike on July 19th as the stock price surged. That's normal when there's such a huge move in a stock. Anyone looking at those data in real time would not necessarily think anything was amiss. However, over the following trading days things started to get weird. The stock price initially settled down as one would expect, but then it started to take off. The short sales didn't spike nearly as high indicating a loss of control. This happened well before the peak in price. It is this kind of divergence that many times can offer clues that the astute investor can profit from.
No site that we are aware of offers such granular information regarding individual short sale transactions. You can look at every reported individual short sale transaction (even down to single shares) over the past month. It is this kind of attention to detail that our subscribers benefit from.
Register for a free account today